Plastic toys are shown to be toxic to children 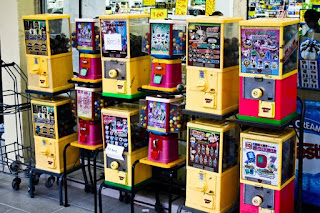 A recent survey by the Consumers Association of Singapore (Case) has uncovered the shocking fact that 46 per cent of children's toys tested contained higher than permitted levels of toxic materials, including lead and phthalates.

We were horrified when we read this but not surprised. How horrible to think that by giving your children something that is supposed to give them pleasure we are actually putting them at risk.

These chemicals can cause terrible illnesses such as diarrhea, nausea and vomiting. They can also cause infertility and even death should enough be consumed, but this is over a prolonged period of time.

This is one of the main reasons why we started Wooden Toy gallery, because of the terribly destructive nature of plastic toys. They are often sold off the back of big marketing campaigns by large corporate organisations who seem to have little regard for the environment but are just set on creating the next big hit toy for Christmas.

And these toys are more often then not made from plastic which is produced from oil (we’re all aware of the issues around that). They are then manufactured in factories (often in very poor countries by underpaid workers) where the waste products are also highly toxic, and finally they are packaged up in large boxes or yet more plastic. This cycle is just awful for the environment, but even though we're sure most people are aware of it, they still insist on buying plastic toys.

But then to find out they are actually potentially dangerous for our children and can cause real sickness is just too much. When children have such wonderful imaginations and can have fun with simple objects like a large cardboard box or a tree house in the garden, we wonder if it’s really the kids who want the toys, or the parents who want their kids to have the latest model, whatever that may be.

Another issue we have with plastic toys is that they either get broken quickly, which makes them hugely expensive, or they are played with for a while and then thrown away where plastic doesn’t degrade for many years.

We understand it is a challenge when your children are begging you for the latest toys or you just want to buy them a treat. But, with this horrible news, it shows that really it’s not going to help them in the long run.

And we think this especially applies to babies and toddlers who aren’t at the age where they’re requesting toys. To give a young child a plastic toy is almost like giving them a bottle of chemicals to play with. Especially if it’s a toy they could easily suck or bite. We just don’t understand it.

‘Another pollution problem is that garbage in landfills creates a gas that contains a very dangerous air pollutant which can cause cancer. Also, rain and snow mixed with this garbage makes a poisonous liquid called leachate that pollutes groundwater. Used oil that is put in the garbage rather than recycled also drips into the ground and pollutes rivers, wells, and lakes.’

We appreciate there will always be a place for plastic toys but we feel that the nature of childrens wooden toys and the fact that they are made from natural materials and if discarded, can break down to create organic matter, along with the fact that kids simply love them, a pretty strong case for encouraging our children to play with these wooden toys.


The Wooden Toy Gallery offers a range of carefully chosen hand-crafted products that encourage children's creativity and free-spirit. Our collection includes a wonderful selection of toys made from solid birch: Rocking horses, hanging swing horses, trucks, cars, planes, toys for babies, games with sticks and wheels and a unique selection of pull-along toys. To take a peek just click here. Thanks!