Children’s Wooden toys are still top on the toy list! 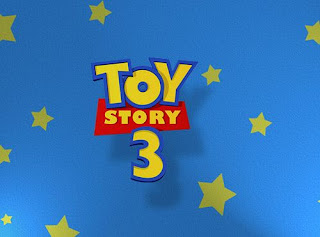 As the Disney/Pixar Toy Story 3 film packs out cinemas throughout the UK, and undoubtedly across the globe, I can’t help but feel a certain amount of satisfaction on behalf of the entire children’s wooden toy industry. Here we have a blockbuster film, the third of its kind, with the latest in animation techniques and special effects at the forefront of technology, a market leader, and just look at who’s at the centre of the story?

Who’s responsible for capturing the hearts and minds of every child (and the occasional adult) who watches the film? Of course, it’s Woody, a children’s wooden toy!
If this isn’t evidence to suggest that a product has stood the test of time, I don’t know what is. For years people have created our wonderfully crafted toys, in all shapes and sizes, and it would seem that the excitement around children’s wooden toys hasn’t waned one bit. In fact, the interest and desire for them would appear to be growing.

Woody (great name!) is the leader, the favourite toy, the one that other toys look up to and respect. If we were looking at the toy hierarchy, the wooden toy is where it should be – right at the top.
Woody’s success is clear. The first Toy Story was released 15 years ago in 1995 and like with most things the proof has to be in the pudding, and if the reaction to Woody had been less than favourable, it would be unlikely that he would appear in the follow-up films, let alone be on the front page of every bill board and advert.

Carefully handcrafted wooden toys remain exciting, loved and cherished toys, and the fantastic press that films like Toy Story give the wooden toy industry is simply more evidence that they are top of the agenda for children and they are here to stay.


The Wooden Toy Gallery offers a range of carefully chosen hand-crafted products that encourage children's creativity and free-spirit. Our collection includes a wonderful selection of toys made from solid birch: Rocking horses, hanging swing horses, trucks, cars, planes, toys for babies, games with sticks and wheels and a unique selection of pull-along toys. To take a peek just click here. Thanks!